Steps and Seeds in Stable Diffusion

In this series of posts I’ll be explaining the most common settings in stable diffusion generation tools, using DreamStudio and Automatic1111 as the examples.

Let’s start with the step count.

In DreamStudio, this is labeled “Steps”, with the description “How many steps to spend generating (diffusing) your image.”

With the following tooltip: “How many times to improve the generated image iteratively; higher values take longer; very low values can produce bad results”. That’s a pretty good summary, but let me give you a little more insight into how it works.

What Happens in a “Step”

Stable Diffusion generates images by starting with random noise, and then, using your text prompt as guidance, gradually “de-noises” the image. (It treats the initial random noise as though it were actually a very noisy image, and it’s trying to recover the supposed original image, using your text description to inform it).

No matter how many steps you use, the process always starts and ends the same way–you start with random noise, and end up with a completely de-noised image.

What the “steps” setting actually controls is how many steps we divide this process into. So a higher count divides the process into more steps, and each step will make a smaller change to the image.

If you use what would be considered a relatively low number of steps, you’ll find that the images tend to be less detailed and contain more flaws.

In the below examples, the result at 5 steps is a complete mess, and 10 and 15 both have uneven irises.

There does appear to be some correlation between the number of steps and the amount of detail, but I’d argue that beyond a certain point you’re really just getting different variations.

It also seems that you can go too high. In this example, it looks like 100 and 150 steps starts to reintroduce some problems.

Side Note: The effect of the number of steps also depends on the choice of “scheduler”–something we haven’t addressed yet! One aspect of the scheduler choice is that some are able to generate decent results with fewer steps. We’ll have to come back to this in another post!

There are a couple misconceptions I’ve seen around the effect of the step count that I think come from over-simplified explanations.

The first misconception is that increasing the step count means “continue refining the image longer”.

You might run for 10 steps, look at the result and think, “I like that, but I’d like to see it more cleaned up, so I’m going to try running it for 5 more steps by setting the step count to 15.”

In reality, if you look at my earlier example and compare 10 steps vs 20 steps, it’s pretty clear that 20 steps is not just a “more refined” version of 10 steps. They’re different images!

Remember, it’s always the same process, the step count is just how many intervals you divide the process into. The different subdivisions will cause the model to follow slightly different paths.

The second misconception is that higher step counts will always yield higher quality results, and we’ve seen how that’s not the case (in our comparison of 50, 100, and 150 steps).

There’s a more practical impact of the step count as well: It affects how long the image generation takes–more steps will mean you have to wait longer to see your result.

The Stable Diffusion “model” is a dizzyingly large Neural Network. For those familiar with the concept, it contains roughly 1 billion parameters! The number of mathematical operations required to run a single step is on the order of trillions.

Tools like DreamStudio run the model for you on “GPUs”–the graphics card that you normally use for playing video games.

However, the GPUs they typically use are tailored towards this type of math-heavy, scientific computing (This is Nvidia’s “Tesla” line of GPUs, such as the Tesla T4 or Tesla A100). These specialized GPUs are outrageously expensive! 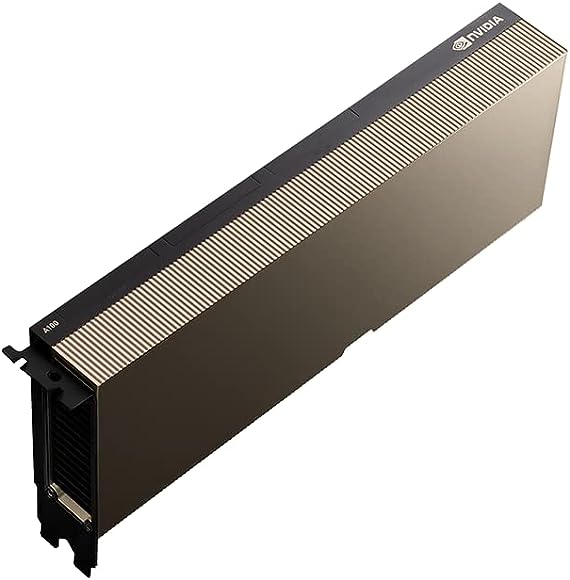 When you use a paid tool like DreamStudio, they are going to charge you (using a “credits” system) based on the number of steps you run. The compute cost is also directly related to the size of the image you want to generate, so higher image resolutions are going to cost more credits.

Given the longer weight times and higher cost of running more steps, a strategy some people use is to first generate images with a low step count, just to get a general sense of each of the images. Then, for any results that look promising, they go back and re-run these for a higher number of steps to get a quality image.

The way to “re-run” a particular image is using something called the “seed” value, which we’ll look at next.

The “seed” is a number like 145391 which, if you specify it to Stable Diffusion, will always generate the exact same image. (provided you keep everything else the same, too)

This allows you to try and tweak an image that you like. You can, for example, make small changes to the prompt, or change the number of inference steps, and get results that all look like variations of your “base” result.

(For example, to generate my earlier example images demonstrating the effect of the step count, I used the same seed and prompt, but varied the steps).

Note that there’s no relationship between how close the seed numbers are and how similar the images will be. If you change the seed number by 1, you’ll get a completely different result. For example, the below images have seeds that differ by 1 (…201, …202, and …203).

They have some similarity, of course, because they all used the same prompt.

Aside: How do Seeds Work?

In computers, random number generators aren’t truly random. For a given starting point (“seed”), the generator will always spit out the exact same sequence of “random” numbers!

Creating the initial random noise involves setting the different pixels to random values. But as long as the seed is the same, the noise image will be identical!

One more thing… With Stable Diffusion, if you specify “-1” then it will randomly choose a seed / seeds for you… using another random number generator to select the seed values! 😂

So how do we make sure that generator gives us a random seed?? 🤔

When you don’t provide a seed, my understanding is that the generator will base the seed on something that will always be unique, such as the current date and time.

I’ll conclude by just pointing out where to locate and set the seed value in these tools.

In DreamStudio, if you hover over the image, you’ll see the seed value here:

Clicking on the seed value seems to copy it to the clipboard and the seed field for you.

In order to actually set the seed value in DreamStudio, you must set the number of images to 1. Otherwise the seed field is hidden from view.

You can find the seed used to generate an image in Auto1111 by looking at the output window, or the filename, or by opening the image in the “PNG Info” tab.